A Matter of Latitude by Isobel Blackthorn 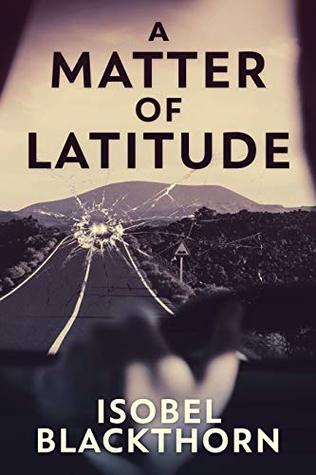 Paula’s husband Celestino goes missing on the day he should be attending his daughter’s birthday party, in the midst of a violent storm. Has he had a car accident? Or is it something to do with his fight against corruption on the island?
Set on the island of Lanzarote, this intriguing mystery questions the balance of power between ordinary locals and those rich enough to mould the world in ways that increase their own wealth. What role does tourism play in altering the normal rules of life for everyday people in some of the world’s most striking and beautiful locations? These questions lie at the foundation of what is on one level a breathless mystery in an exotic place.
Paula is an Englishwoman who given up her ordinary life for the love of artist and anti-corruption believer Celestino. Unable to involve the police for fear that Celistino’s anti-establishment activities may have something to dimwit his disappearance, Paula must do her own sleuthing, variously aided and hampered by a cast of fascinating characters. But who is truly a friend, and who a secret enemy?
As the bodies begin to appear and there is no sign of Celestino, this reader at least was finding it hard to decide who the true villain is … the red herrings and the cast of unusual characters make this a fascinating puzzle for lovers of crime mysteries. Add in lots of brilliant descriptions of the island, quite a feast of food, and sensitively observed humanity, and you have a very enjoyable and immersive read.
That Shirley! And that Richard! Wonderful creations.
Told in alternating first person by both Paula and Celestino, the novel’s structure allows the reader heightened senses of both danger and relief. We know that Celestino is alive – at least for now – while Paula waves worries anxiously. But we also know the Celestino is in deadly danger, at times when Paula is feeling angry with him for not contacting her. This makes for an interesting experience, a bit like the one Paula is going through herself.
Highly recommended.