The Oceans Between Us by Gill Thompson 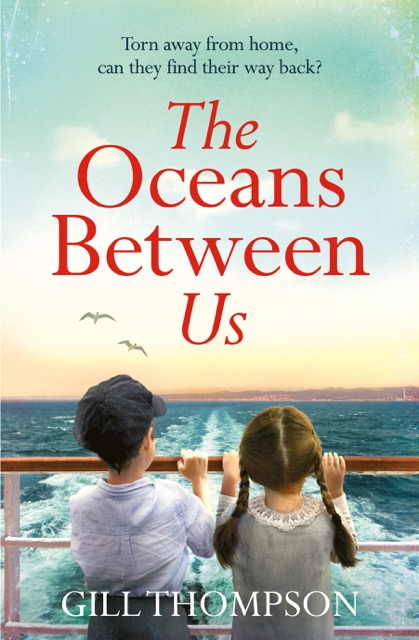 This is a moving story about child migration to Australia – forced migration by the British government in the 1940s. We follow the story of young Jack, whose home was bombed in the Blitz and whose mother Molly suffered severe concussion in the blast and loss of memory for years.

Deemed an orphan, Jack at first faces horrendous conditions at a boys’ home in the WA outback before being ‘rescued’ by a Perth couple, the Sullivans. Will Jack and Molly ever see each other again? Will they even know that the other is alive?

Touching on the repulsive and (to us) incomprehensible policies of the time, such as ‘White Australia’, the forced removal of indigenous children from their families (the Stolen Generation), and the exploitation of children for forced labour and at the mercy of institutional pedophiles, The Oceans Between Us stays a readable and engaging story. Despite the desperate situation and the plight of Sam the Jewish orphan, the horrors are never laid on too thick, and the essential goodness of Jack and Molly leave the reader with hope.

I especially liked Rosie, the indigenous girl/maid/stolen child who works in the Sullivan household. The portrait of Kathleen Sullivan is also particularly fine, most of all as a young wife hoping for children.

The satisfying ending is well-delivered, giving as much closure as is possible after such cruel events.

A book that readers of 20th century historical novels will love, especially those interested in the aftermath of WWII. Australian and British readers alike will enjoy learning about this time and engaging with such endearing characters. A very effective debut novel that will remain important for years to come.