In the Toolbag by Laura E. Goodin 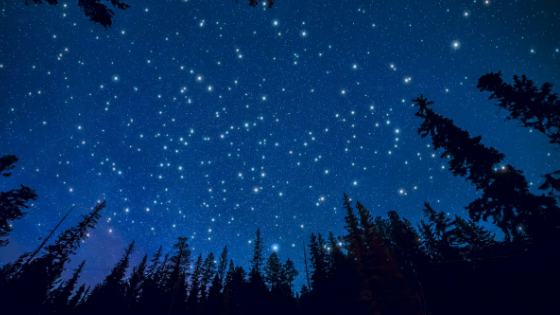 Amateur astronomers have been monitoring a shiny tool bag that has been orbiting Earth ever since it was dropped last week by an astronaut during a spacewalk outside the International Space Station. The bag is reportedly about magnitude 6.4, which under most sky conditions is too faint to see with the naked eye. Veteran spacewalker and Endeavor astronaut Heide Stefanyshyn-Piper lost her grip on the backpack-sized bag on Nov. 18 while cleaning up a mess from a leaking grease gun she was carrying to help mop up metal grit from inside a massive gear that turns the space station’s starboard solar wings.

“Just tell them the bag slipped out of your reach when you were — oh, hell, I don’t know. Cleaning spilled grease off the tools. We can squirt grease into the rest of the bags to make it look more plausible. They’ll never know.”

“No-one’s going to believe something that stupid.”

“Would you rather tell them the real story?”

I heard their voices fading behind me as I drifted out, out, out into the bright, hard light of the stars. I exulted. My plan, so carefully conceived, so patiently implemented, had disintegrated into a chaos of flailing limbs and swashbuckling, but never mind: I had finally escaped.

How many years had I languished amid the heat and smells of the planet below? When I’d been marooned, the pyramids of Egypt were not yet even a sated despot’s sleepy afternoon vision. Year after year, I studied Earth’s sticky, fetid inhabitants, watching them with gut-wrenching distaste as they went about their revolting business. I learned to know them – and, eventually, to guide them.

It takes a world to build a ship. And so I began: a suggestion here, a nudge there, some “lucky find” placed where one of their shambling dreamers could stumble on it and slowly, dully, make the connection.

Metallurgy in particular was a nightmare to get through their thick skulls. But I needed their arms to mine the coal, to pump the bellows, to wield the hammers, to farm and to govern so that the smiths and the scientists might work unmolested by starvation and pillage. Cities sprang up where I had worked most closely; I’d saved large areas of the planet for later, knowing that when the first mines and forests were depleted, they would – I would – need fresh earth. And when the time came, new lands, sparsely populated by those I had left in peace, were ready for my trained animals to arrive.

Year after year they built, connection after connection, forming in the end vast networks of knowledge and skill. Any single idea, any single achievement, was moronic in its simplicity, but the humans bred in their thousands and their millions, and each one, however awkwardly, did something.

And so they progressed until they burst at last from their planet’s gravity. Those first brief trips into space, no more than pleasant afternoon jaunts, were nothing to me. The moon landings were an unfortunate distraction; I could no more escape the moon’s gravity than the earth’s. But the space station – ah, yes. The platform from which I could spring outward and begin my journey back to my home and my revenge.

My beasts have honored me: Prometheus, they’ve called me, Matarisvan, Grandmother Spider, the altruistic bringer of knowledge. Those who call me Azazel know me better: the sneering puppeteer who gives only to take, teaches only to exploit. I am not ashamed. My own long-ago crew, appalled, had refused to complete my visions. I will miss these more biddable hands. And yet they, too, were beginning to cause me trouble – several of them will bear the scars of battle as a price for looking too soon into the toolbag.

You can find out more about Laura at www.lauraegoodin.com

Check out her wonderful books: After the Bloodwood Staff and Mud and Glass