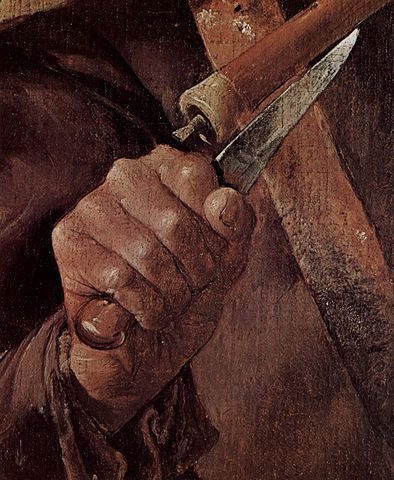 He’s short. It’s the first thing I notice. I don’t say anything. It’s not prudent to point out to men that they are short.

We talk about celery. I marvel at the height of his celery leaves. He says supermarkets sell celery with fewer leaves but his customers want more leaves. For their soup, he says.  I mention my chickens. They like celery leaves.

He talks about broccoli. Broccoli, he says, the supermarkets want it this size. He shows me with his hands cupped in front of his hips. But his customers, they want it bigger.

Well, I say, most people have a knife, they can cut their broccoli.

His eyes gleam; he looks half at me, half at the dust around our feet.

I see that he has some nice beetroot.

I have about fifty of them, he says.

I exchange my money for his vegetables.

But you have to hide them, he says.

I step away from his vegetable stall; the Sunday market crowd moves along with me, leisurely and complacent.

Kathryn Gossow has been writing and publishing short stories and flash fiction in a variety of genres since 2006. Her debut novel Cassandra was published by Odyssey Books in 2017 and was a finalist in the Aurealis Award for Best Fantasy Novel 2017. She is a regular blogger at www.kathryngossow.net and sometimes gardener of her two-acre garden in a pocket of the Brisbane River. Her collection of short stories, The Dark Poet, will be released in May 2019.