The Child on Platform One by Gill Thompson 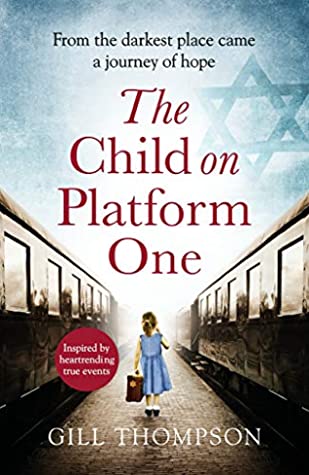 The Child on Platform One is a beautifully written and structured novel about the plight of children during terror and war. In the 1930s, a few trains full of beloved children are sent to the safety of England, while Hitler stomps across eastern Europe in all the power of his hate-filled rampage.

This book spoke strongly to me, especially as it is partly set in Czech and Prague, where I visited the Jewish Museum in December 2018.

The Pinkas Synagogue records the names of over 77,000 Jewish victims of the Holocaust from Prague and surrounds

Author Gill Thompson has done justice to a dreadful time by giving us the tale of Miriam, sent abroad from Prague by her loving mother as the Nazi regime crushes Jewish communities.

At the same time, Pamela, the Quaker wife of a high-ranking British official, learns that her beloved son Will has enlisted in the RAF. For much of the time, neither of these mothers knows whether her child is safe or even alive.

While Pamela cares for Miriam, Miriam’s mother Eva and the rest of her family are sent to Terezin, suffering the atrocious conditions and the inhumane brutality of the camps. The bravery, humanity, culture and resilience of the prisoners is shown as they voice their protests in the concerts they are allowed. Their actions contrast strongly with the arbitrary cruelty of the Nazis.

And then there is Auschwitz.

The characters are marvellous and very engaging, and the lightly emotive touch of the writing gives just enough that the reader is drawn in completely to the drama, but not weighed down by the horrific history. Eva is wonderful, and the introduction of Hana later in the narrative is a brilliant reminder of the connections we all share.

The power of love during dreadful times, love that endures beyond privation, torture and death, is testament to the courage and spirit of survivors as well as the dead.

A really good read for anyone interested in WWII, this book tells the story of Czech Jews, a lesser-known history which continues a little into the Soviet era. If you liked The Boy in the Striped Pyjamas, The Tattooist of Auschwitz, All the Light We Cannot See, and The Book Thief, you will love this addition to our knowledge and understanding of the trials and griefs of the time.

This novel will stand the test of time, and I would love to see it on screen.

The Old Jewish Cemetery in Prague, where one of the pivotal scenes in the novel takes place