A Perfect Stone by SC Karakaltsas 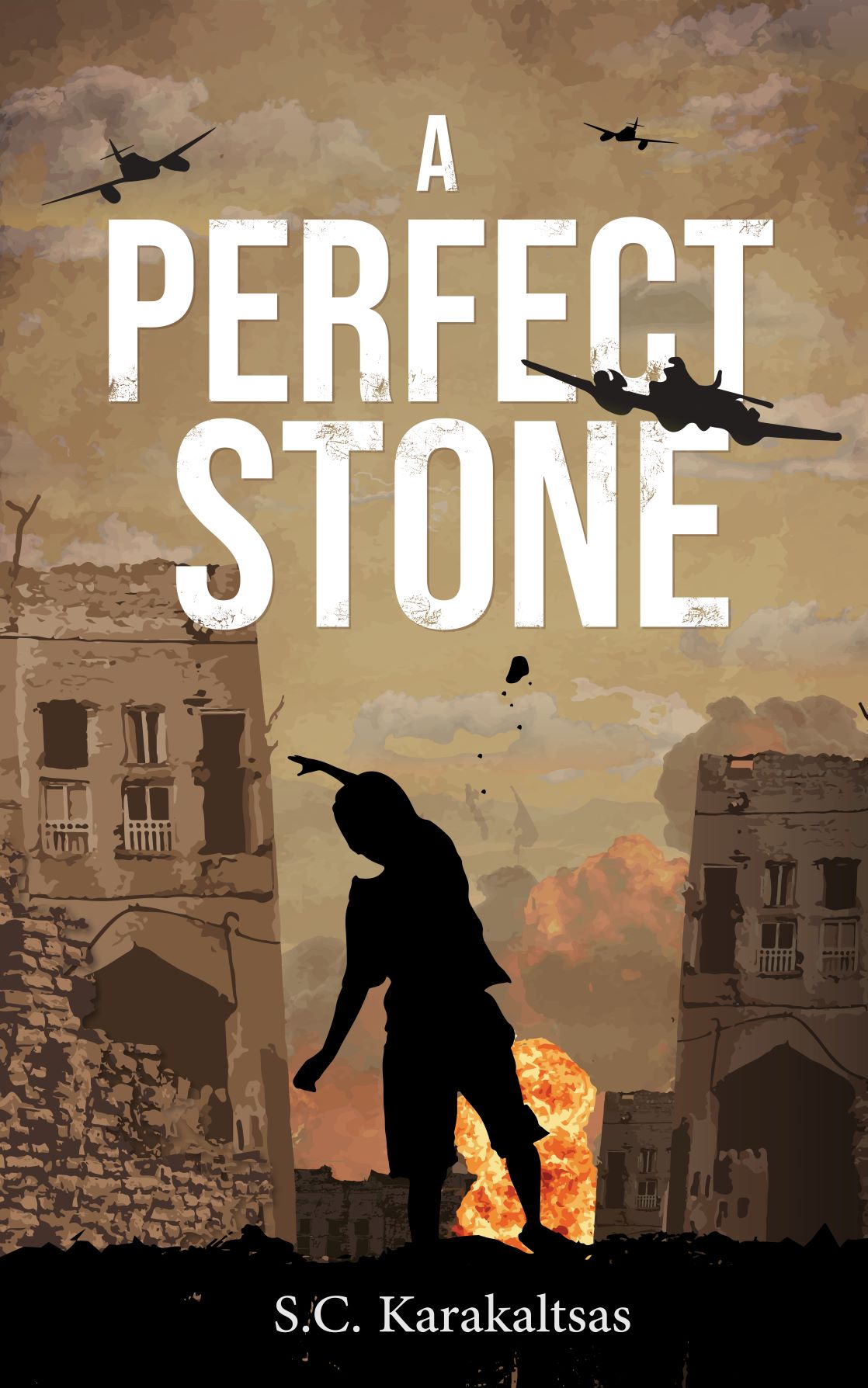 “It’s for every child who was, and is, a refugee seeking the right to a better life”, says SC Karakalsas of her latest novel. Seeking any life at all, one might say.
Elderly Australian Jim is grieving for his wife Anna, and finding life more and more difficult to manage despite the help of his daughter Helen. When a stroke causes Jim to lose his ability to speak English, his secret history as a Macedonian child refugee during the Greek Civil War (1946-1949) becomes impossible to hide any longer.
“A Perfect Stone” is a vivid and engaging novel that brims with believable characters and a great deal of observational wisdom. Jim – Dimitri – as an older character is a little muddled in his thinking, and the tenderness of the narration makes us understand perfectly why he might seem cantankerous to those around him. Without his wife Anna, he has less direction and certainty about the world, but somehow he has to let Helen know the truth of her heritage.
As a child, Dimitri and his friends suffer the privations and dislocations of a country at war with itself, with whole families never entirely safe from the demands and decrees of the opposing warring parties. Families are separated and children are evacuated to neighbouring countries, travelling with great hardship through difficult territory that is being fought over by partisans and government troops. Add to that the unsettled status of Macedonian families in the new Greek state, and the awful situations of otherness/refugees/them-us/poverty/disenfranchisement appear endemic.
Jim/Dimitri and his wife Anna face their difficulties with courage and sheer hard work. Their contributions to the sanctity of life and to their new country are a wonder and an inspiration. The ending of the book was handled with great care too.
This book will be enjoyed by readers who love history, family stories, migration stories, and historical mysteries. This is also a great book for everyone who’d like to know a little bit more about where we all come from.