The Stars in the Night: a sampler 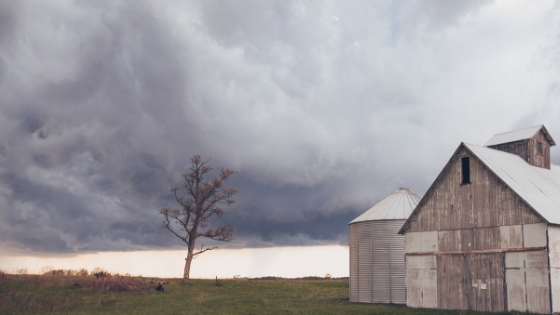 Here is an extract from The Stars in the Night, my historical novel set around the Great War.

Nora woke alone, again, in the lighted room. It was cold. The house was quiet, which meant Harry had probably gone outside. She walked down the hall and saw him on the top step, looking across the valley to where the hills cut a dark silhouette against a clear sky. The new moon sailed a sharp prow among piercing stars. The stillness would bring a frost before morning. Was that what was worrying him, a frost on the new vines? Nora opened the screen door, taking care that it closed noisily.

He started at the sound and shuffled along the step. She sat beside him, glancing at his closed, perfect profile, and he put his arm around her shoulders. She joined him in looking at the distant view.

‘It got cold without you.’

He gathered her onto his lap. It was warmer that way, and he liked to hold her. They sat in silence for a while, a tangle of warmth in the chill. Somewhere behind the house, one of the cattle lumbered to its feet and down to the creek. At the far end of the verandah, te young Snow got up and shook herself. Then she stretched and padded along to Harry’s side, where she circled the bare boards a couple of times before settling against her master’s back with a long sigh. If there had been room, Snow would have squeezed in between Harry and the post. In a few short weeks, the dog had bonded to Harry like a new limb, hardly a separate being.

With Snow warm at his back, Harry seemed to realise at last how cold it was. He cuddled Nora closer. ‘Ooh, you must be cold, love. Sorry to bring you out here. You should’ve stayed in bed.’

She sighed against his skin. This close, he was warm and vital, his neck almost hot against her cold cheek. She reached a hand up to trace the line of his jaw, felt him brace himself.

Harry caught her fingers and kissed them, but all the samehe tucked her hand away in his, inside the old shirt he’d thrown on before venturing out. He liked her touching his body. He was still awkward about her touching his face. Maybe it was still too soon, after all that surgery, the dressings and inspections and treatments that had hurt so much. It didn’t really hurt now, he didn’t feel anything. At least that’s what he told Nora. His shoulder, where the bullet had got him, gave him more trouble.

‘Are you coming in now?’ Nora asked.

Harry took a deep breath. Times like this, nothing made him feel better. It was always bad in the night. It was just so quiet here. At the back of his mind the noise continued, and the necessity, and the striving. The chance of life or death. Darkness brought threats with it. He couldn’t sleep in case he had to wake in a hurry. In case he didn’t wake at all. He shook his head. It was two years since he’d been in the front line. The world was at peace, would stay that way. It was stupid that he still couldn’t sleep. It bewildered him. He’d slept better in trenches and billets, any time he had a few minutes spare. Why not now, when the danger was past? Wakeful in the night, he tried to work out what was wrong. But it never came clear.

He didn’t have time to think during the day, he kept too busy. If he could work himself hard enough, surely, he’d sleep better. Besides, there was always so much to do. The farm, and the calves, and the vines, and the fences, and the shed, and the house. Old man MacKenzie’s accounts that he worked on by lamplight, and Nora waiting for him…

Nora put both arms around him, under the shirt. ‘Please, Harry, come in now. You’ll catch your death.’

‘I’m sorry.’ He said that too often these days. He grunted. ‘Pathetic and stupid more like. I am sorry, love. Come on, let’s go inside.’

Nora drew back, looking at him. One bitter thing she appreciated was that he never tried to keep his face from her sight, much as he retreated from her touch.

‘You’re not pathetic, or stupid,’ she said. ‘You’re my Harry and I love you.’

Harry calmed himself. It took a moment. Then he kissed her cheek and held her close again. ‘I know,’ he whispered. ‘It’s just… I’m not worth it. Sometimes I think I shouldn’t even be here. Why? Why me, why not… Well, it just isn’t right. I don’t know why I got the luck.’

Nora tugged at his collar. ‘Listen, my dear one. Maybe it wasn’t just luck. Maybe God was looking out for you. Maybe He knew we’d be together, and we’d make… Harry?’

He withdrew from her, now standing on the top step, bare feet braced. Nora thought again how beautiful he was, except for the wreck of his face. It was not that, she knew, that made him walk out in the dark and stare his nightmares down. Most days he never even thought about his disfigurement, unless someone called by, or they drove into town, or he went somewhere to help the neighbours with fencing or mustering bullocks. Here at homehe didn’t give it much attention. No, it was not his face; it was apart from that. It was partly Eddie, that awful loss that still consumed him, that disappearance nobody could explain well enough to satisfy him. He was always restless when another Red Cross letter came, reporting no progress. Then there was Alex; she wondered sometimes about Alex. Harry had loved him, that was clear. Nora wished she’d known him. She wished… She wishedmany things.

But whatever made him wakeful was in the past. The past had made Harry, and she loved him as he was made, whatever had been done to him. Whatever he had done. The past was gone, much as it yelped for attention like an abandoned puppy. Nora wanted him here, now, now and always. The past could go hang. Standing, she was a little unsteady herself,and caught at his arm. The future had a throw of its own to chance.

‘Harry. Harry, listen. I’ve something to tell you. Harry, we’re going to have a baby.’